BBC Culture has made a list of top ten films to watch in 2015.

Check it out what BBC suggest to enjoy in theatres next year. 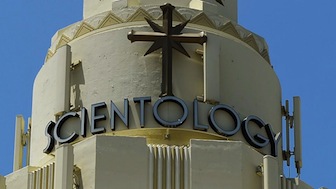 HBO has employed 160 lawyers to scrutinise Alex Gibney’s new documentary, but they should be finished in time for its Sundance Festival premiere in January. The reason for their caution? Gibney, who won an Oscar for Taxi to the Dark Side, has turned his attention to the Church of Scientology, the controversial religion which numbers Tom Cruise and John Travolta among its A-list adherents. His main source is Going Clear, a tell-all book by Lawrence Wright, but that prompted so many legal wrangles that its British publishers didn’t publish it, after all. If and when the documentary is released, expect the scenes outside the cinema to be just as feverish as what’s happening inside. (Getty) 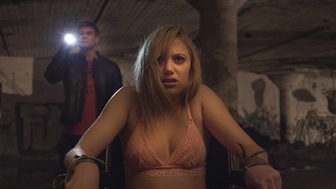 One of the most surprising hits of the 2014 festival circuit, It Follows is, in essence, a low-budget horror film, and yet it’s so clever, atmospheric, and stylishly shot that it’s been lauded by critics who usually loathe monster movies as well as by those who love them. Currently holding a 100% approval rating on Rotten Tomatoes, it’s a spine-tingling fable of a suburban teenager who is stalked by a supernatural predator. The only way she can save herself is to have sex, at which point the predator will change course and start pursuing her sexual partner instead. David Robert Mitchell’s unsettling film will leave audiences debating its subtext and praising its widescreen camerawork – but also looking warily over their shoulders. (Animal Kingdom / Northern Lights Films) 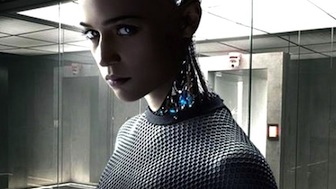 Alex Garland was a novelist before he took up screenwriting. He then scripted Danny Boyle’s Sunshine and 28 Days Later, along with the film of Kazuo Ishiguro’s dystopian novel, Never Let Me Go. And now he delivers yet more philosophically knotty science fiction with his writer-directorial debut. Set in the very near future, Ex Machina stars Domhnall Gleeson as a naive computer programmer who visits a reclusive IT mogul, Oscar Isaac, and meets a walking, talking experiment in artificial intelligence: a gorgeous robot played by Alicia Vikander. But which is more human, the machine or its maker? Vikander, who also stars in Testament of Youth, should be an international star in a few months’ time. (UPI) 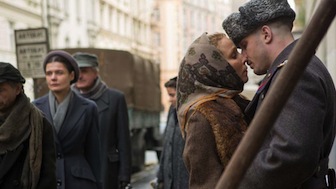 Based on Tom Rob Smith’s award-winning detective novel, which was based in turn on the case of an actual Soviet-era serial killer, Daniel Espinosa’s gruelling conspiracy thriller follows a Russian intelligence agent as he investigates a spate of child murders: to make matters murkier, the Communist authorities refuse to accept that such crimes could possibly occur under their regime. Tom Hardy takes the lead role, alongside Gary Oldman, Noomi Rapace, Vincent Cassel and Paddy Considine, so it’s hard to believe that any of 2015’s other films will pack in a greater number of scarily intense performances. (Summit Entertainment) 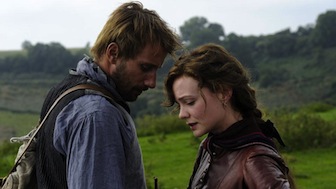 Far from the Madding Crowd.

For nearly 50 years, John Schlesinger’s Far from the Madding Crowd has stood as the definitive big-screen treatment of Thomas Hardy’s passionate novel. But not, perhaps, for much longer. This new version is directed by Dogme 95 co-founder Thomas Vinterberg, whose last film, The Hunt, had a Hardy-ish air of grinding injustice. And it’s scripted by David Nicholls, whose best-selling novel, One Day, was inspired by a line from Hardy’s Tess of the d’Urbervilles. Carey Mulligan plays the proudly independent Bathsheba Everdene. Michael Sheen, Tom Sturridge and Matthias Schoenaerts (Rust and Bone) are the three men in her life. (Fox Searchlight Pictures) 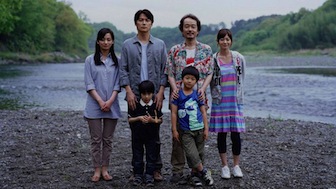 Hirokazu Kore-eda’s films creep up on you. Still Walking, I Wish, and last year’s Like Father, Like Son are restrained, humane and amusing little dramas, with a lot more quiet conversations than shocking events. Slowly but surely, though, you come to realise that the heartbreaks of family life have rarely been portrayed with such devastating insight and honesty. His latest film is adapted from Akimi Yoshida’s manga series, Umimachi Diary, about four sisters sharing their late grandmother’s house. (GAGA) 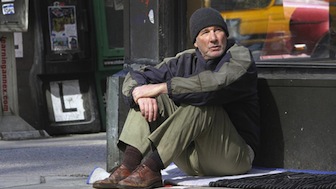 Time Out of Mind.

A documentary-like chronicle of life on the streets of New York, Time Out of Mind is the third heavyweight drama from Oren Moverman, the socially conscious director of The Messenger and Rampart. It has the unlikeliest of stars: Richard Gere plays a homeless man who hopes to rekindle his relationship with his daughter (Jena Malone). What’s more, Gere chipped away his super-smooth veneer so completely that he was able to interact with New York’s unsuspecting citizens, while Moverman filmed them with a hidden camera – and nobody twigged that they were talking to a Hollywood legend. (IFC Films) 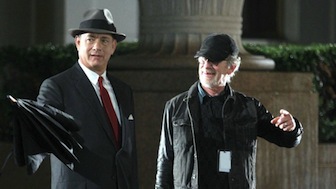 At the moment it’s officially called Untitled Cold War Spy Thriller, and St James Place is just its working title. But whatever name it ends up with, Steven Spielberg’s new film should be a treat. It stars Tom Hanks as the real-life lawyer who had to secure an American pilot’s return from the USSR after he was shot down in 1960. More excitingly, it’s the first film that Spielberg has directed since 2012’s Lincoln, and it’s scripted by the Coen brothers (whose Hollywood satire, Hail Caesar, is also in the pipeline). With any luck, it should combine the dapper 1960s globe-trotting of Spielberg’s Catch Me If You Can with the espionage hijinks of the Coens’ Burn After Reading. (Getty) 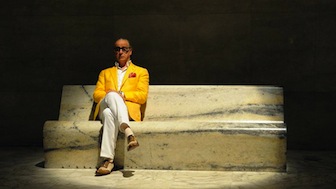 Paolo Sorrentino has long been one of Italy’s most acclaimed directors, thanks to his scorchingly beautiful but dark-edged dramas, The Consequences of Love, The Family Friend and Il Divo. But his last film, 2013’s The Great Beauty, rocketed him to a new level of fame. A dazzling homage to Fellini’s La Dolce Vita, it won an Oscar and a Bafta for best foreign language film. And, given the calibre of its cast, The Early Years could be even more successful. Sorrentino’s second English-language film features Michael Caine and Paul Dano as a composer and a film-maker who are on holiday in the Alps. Rachel Weisz, Harvey Keitel and Jane Fonda co-star. (Janus Films) 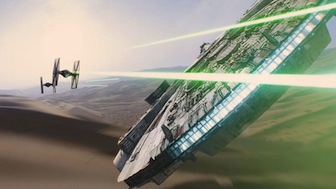 2015 will be a huge year for long-running blockbuster franchises. There’s a Bond film due (like Skyfall, it’s directed by Sam Mendes), a rebooted Terminator, and a fourth Jurassic Park movie, entitled Jurassic World. But the film that’s really got the geeks salivating is a new Star Wars instalment, set many years after The Return of the Jedi. Several veterans of the original trilogy will be easing themselves back into their X-Wing Fighters, including Harrison Ford, Carrie Fisher and Mark Hamill. But, oddly enough, one of the film’s most promising aspects, as far as the fans are concerned, is that the series’ creator, George Lucas, has stepped aside. After the grievous disappointment of the three prequels he directed, it’s a relief that he’s handed directing duties over to JJ Abrams. (Lucasfilm)