Aleksandr Ostrovskiy an entertainer in the original genre

Aleksandr Ostrovskiy an entertainer in the original genre 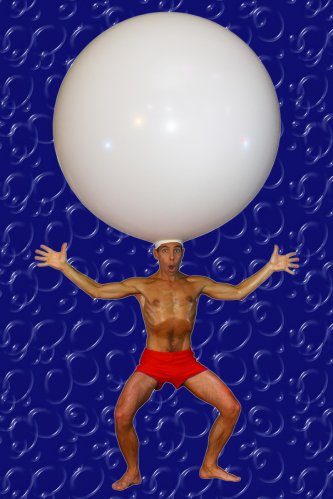 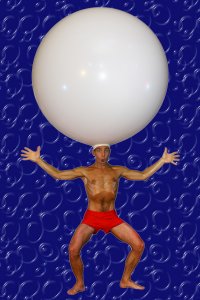 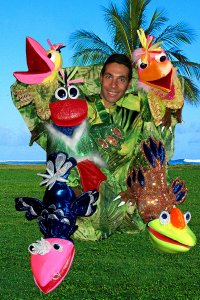 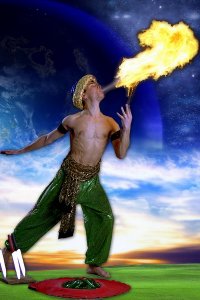 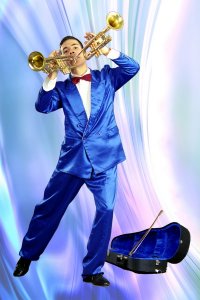 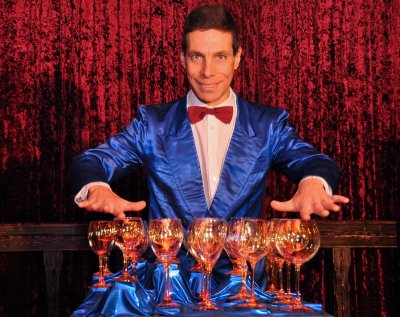 Do you want to order an original performance which can really amaze everybody?

Do you need a professional entertainer for a wedding or another celebration? Do you want to avoid mediators and event agencies? My name is Aleksandr Ostrovskiy, I’m an entertainer in the original genre so you addressed the right person! The originality of my performances is determined by my own production of all the items which you can see on this website. I’m a professional that’s why my performances have been captivating people for several decades. In 2000 I got an excellent opportunity to please TV-viewers with my performances in different parts of the world. I participated in a show on the Maltese television and in many other Ukrainian and Russian talent shows and humoristic programmes. I’m very responsible and punctual in organizing celebrations so you can always rely on me. You can find a wide range of original performances in my repertory that suit any audience so you’ll surely choose something to your taste. It’s very easy and convenient to put an order for a wedding or another celebration on this website. You can contact me without any mediators.

Aleksandr Ostrovskiy. I’m a professional entertainer in the original genre and I was born in Kharkiv, Ukraine. I’m glad to represent you performances of my own production (direction) for your show-programme such as: spectacular acts at corporate parties, concerts, shows, night clubs, casinos, restaurants, celebrations and other entertaining events. My profession is to give you joy and a good mood. A small theatre and a show in costumes is always a pleasant surprise, feast and pleasure. I was born in Kharkiv, Ukraine and I graduated from the following educational institutions:

I have been producing, directing and showing original variety and circus performances since 1993. I have worked under the contract in 12 countries of the world, successfully taking part in well-know TV shows. In 2000 I worked in Malta in Carolina Hotel and took part in a programme on the Maltese television. November 2001 – May 2002 I worked in South Korea (Seoul) in Disneyland park “Lotte World”. In April 2006 I showed my performances in Lebanon (Beirut) at the market festival in the shopping mall “ABC”. At Oriental New Year (2008) I worked in China (Hong Kong, Shen Zhen) in the Disneyland “Happy Walley” with my acts Transformer and Screen. May 1 – June 30, 2008 I worked in Turkey in the club “Cahide”. In December 2008 I worked in The United Arab Emirates (Dubai, Abu-Dhabi). On the 15th of September, 2012 I showed my performances in Alma-Ata at the banquet in Ukrainian style in front of Nursultan Nazarbayev, the President of Kazakhstan. I showed such acts as Hog and Salo. November 1 - 31, 2012 I worked in Brazil. It was a tour around 20 cities with the programme “Kukli” (Moscow Circus). I showed my act Balloon-man. February 17 – 26, 2013 I worked in Kuwait at the festival devoted to the Independence Day. January 10 – 12, 2014 I worked in Germany (Emsdetten) at the annual sport festival. November 2014 – November 2015 I worked in China (Shenzhen) in "OCT EAST park". From 2 to 7 April 2016 I have been working in China (Beijing) in the building of the Opera House in the circus program. From April 25 to May 2, 2016 I worked in Lebanon (Beirut) in the shopping mall "City Centre". June 1, 2016, I worked in Moldova (Orhei) in the citywide festival devoted to Children's Day." My achievements, diplomas and awards

In 2000 in Ukraine (Kharkiv) I took the first prize of the National variety contest “Applause-2000”. In August 2006 I took the second prize in the nomination “The Original Genre” of the International festival of humour and variety art (Yalta) (the chairman Arkadiy Arkanov). The festival was broadcasted on the “NTV” channel (Russian and Ukraine). TV shows and programmes with my participation

I’ve been a participant of the humoristic programme “Anshlag” (“Sell-out”) on the “RTR” channel (Moscow, Russia). In April 2007 I took part in the show “Minute of Fame” on the Pervyi Kanal “ORT” channel (the performance which was presented is Trumpet-player). I got three positive votes from the judges. In 2010 I took part in the show “Ukraine’s got talents” with my performance Balloon-man. I got three positive votes from the judges. In October 2007 I took part a number of times in the programme “Laugh in the City” on the “RenTV” channel (Russia). In November 2006 I took part in the entertainment programme “Dyvaky” (“Cranks”) (Kyiv). In May 2007 I was invited to the daily morning TV show “Guten morgen” (“Good morning”) (Kyiv). In October 2013 I took part in the TV show “Narodnyi Artist” (“People’s Artist) (Kyiv). In September 2014 I was invited to Moscow to the TV show “I can do that!” in order to teach Russian sport stars my artistic skills (the performance Balloon-man). I gave a number of interviews in night clubs and my performances were broadcasted in the night TV show “KOZA” (Kharkiv). Articles about me

An article about Aleksandr Ostrovskiy, October, 31, 2010, Turkey – an interview with Aleksadnr Ostrovskiy, the entertainer in the original genre. An article in the newspaper “Segodnia”, August, 23, 2008 – an interview and article “Trumpet-player in a square”, the rubric “People” (“top class”). My programme is suitable for chamber events (corporate parties, anniversary celebrations) and also for big show-programmes (shows, concerts, performances, restaurants, casinos, night clubs, etc.) There are various projects for any taste (even very sophisticated) in my repertory. If you need an entertainer for a wedding or another celebration, you can invite me! You can contact me directly, without any mediators. I’m always glad to consider your offers and our mutually profitable cooperation. There is a possibility for a long-term cooperation in show business and concert tours.