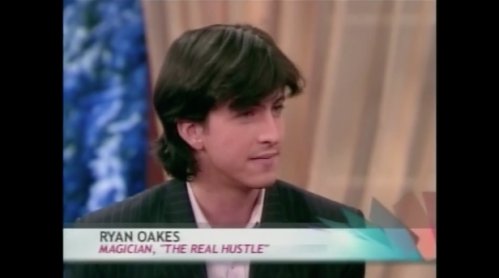 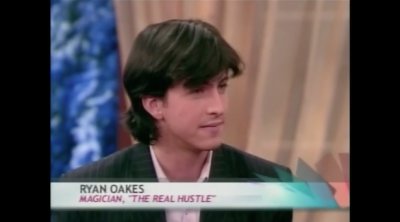 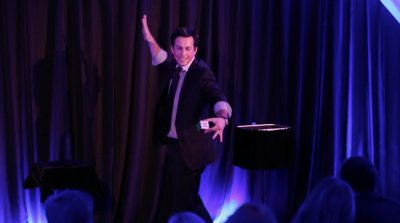 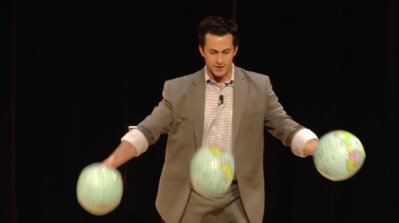 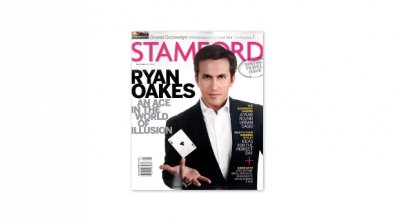 Ryan Oakes is a professional sleight-of-hand artist, magician, and mentalist based in New York City. He is one of the East Coast’s most sought-after corporate entertainers, performing over 200 shows per year. In 2009 alone, he worked in 18 states! A decorated veteran in the field of magic, Ryan has performed his unique brand of magic all over the US. It all started in 1990, when he became the youngest person ever to win the Society of American Magician’s National Magic Competition, one of the highest honors in magic. Since then, Ryan has performed at literally thousands of events, including an appearance at the White House (Clinton administration).

He has been profiled in Forbes FYI magazine as well as The New York Times and been written up in Entertainment Weekly, Star Magazine, The New York Post, and Variety. He’s been seen as a guest on The View, Inside Edition, and Montel, as well as appearances on CNN, The Discovery Channel, ESPN, and The Disney Channel. Ryan primarily performs at corporate functions and maintains an impressive list of Fortune 500 clients. While most of his work is concentrated in the US, Ryan also travels internationally for events and has performed for US troops in Cuba, Japan, Italy, Spain, Greece, and Guam.

In 2008, Ryan co-starred in The Real Hustle, a television series that aired primetime on the truTV network. The show demonstrated how con artists use psychology, sleight-of-hand, and technology to swindle innocent marks. Oftentimes, Ryan works as a magic consultant, where he leverages his magic knowledge to achieve client goals in projects ranging from product launches to corporate sales presentations. Ryan has created custom solutions for clients ranging from Hermes of Paris to Las Vegas legends Seigfried & Roy. Ryan holds a degree in Psychology from the University of Pennsylvania.

With over 20 years of performing experience, Ryan has come to meld enigmatic illusion, a dynamic style, and an offbeat sense of humor — making him a unique entertainment force.