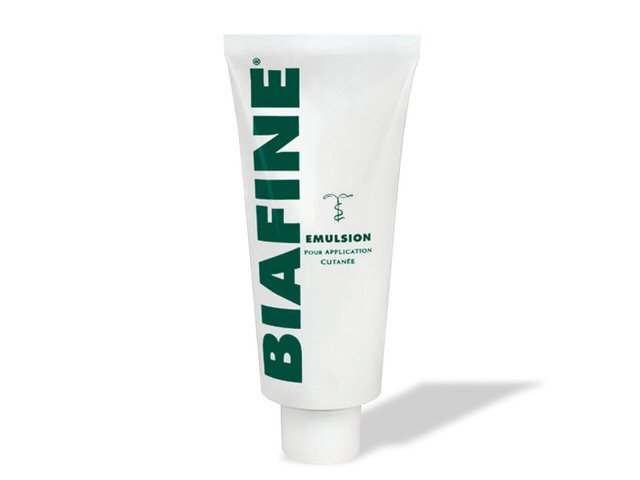 The BIG SIZE BIAFINE Emulsion can be used to treat first-degree burns and non-infected skin wounds, and to protect sensitive or slightly irritated skin.

Consisting of Trolamina and 75% of water, the BiafineAct emulsion creates and maintains a humid climate favorable to the cure of superficial and small burns, including sunburns.

Biafine, an emulsion composed of 75% of water, brings the water into the dermis and the thicker the applied layer, the greater the amount of hydration.

BiafineAct brings a calming sensation since the first application; It should be applied in a thick layer until the skin is discarded and should be repeated two to four times a day.

As its formula causes a semi-occlusive effect, BiafineAct isolates the lesion from exogenous contaminations and controls the loss of water by perspiration.