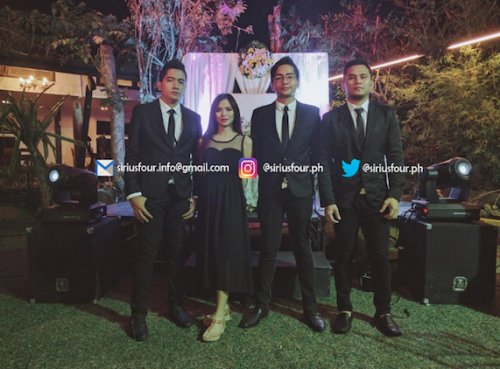 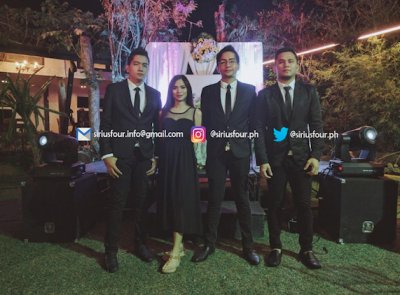 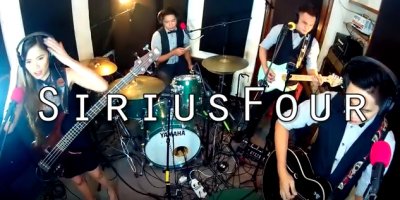 Introducing a group of young musicians from the Philippines performing internationally.

Sirius (/ˈsɪriəs/) is the brightest star in the night sky.

Formerly known as “The Fix” band, composed of four young individuals from the Philippines who performs internationally with unique, tantalizing harmony and chemistry. While they focus on pop-alternative music, they can also play a wide array of other genres, ranging from the 40’s-70’s (oldies but goodies and Rock N’ Roll) up to the present day hits, and including foreign songs such as Chinese, Indian, Japanese, Thai, Indonesian and some Spanish songs.

Started playing on a college stage, they are now performing in an Asian cruise line for consecutive contracts of almost 3 years. The band also performs in different hotels and bars in the Philippines and various corporate and special events (weddings and parties).

Raymond, the front man of the group, has been singing since he was a child together with his twin brother, Richard. He then learns playing the guitar in high school, with some inspiration from his father and late older brother. The twins, on college days, formed their own band, and play in some school events. After graduation, they pursued performing in bars, hotels, and private events, until they became one of the regular performers in Resortsworld Manila. His main influences are The Beatles, The Cascades, The Script, and The Eagles.

The twin brother of Raymond , Richard has managed to learn drums not just by a music teacher but on the arcades specifically, a drum simulator game. Fascinated by famous drummers, he always listens to different genres and styles of drumming. He also likes to sing but definitely got hooked on percussions. Like his twin brother, they performed together in a band on their college days and pursued the burning passion after graduation.

The rose among the thorns and the youngest member, Gaile got her inspiration from his music lover father. As a kid she really loves dancing and singing. She used to sing and play guitars during elementary and high school but never had the chance to join any competitions. She met the twins (Richard and Raymond) a long time ago and joined as a part time member. She and the twins also went to the same university (De La Salle Lipa), where she first heard them played in a freshmen orientation. Gaile is very active in extracurricular activities back in her college days, she is even a member of a band and dance organization.

Having a background on playing guitars, Gaile easily managed to apply her skills on playing bass while singing. Gaile is a former vocalist of a rock “indie” band where they play original compositions.

Being a Christian, Jay molded his musical skills inside their church, he is a member of a band which plays songs of worship. Jay started performing when he was 16 years old. Being the only music lover in his family he considers this as a God given talent.

Experienced with SOLAS (STCW) and passports